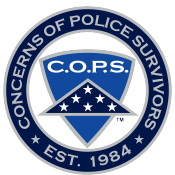 Thousands of people will be visiting Washington, D.C. May 11-17 to observe National Police Week and to take part in the activities. Included in this group are surviving family members and co-workers of America’s fallen law enforcement heroes.

In 1962, President John F. Kennedy signed Public Law 87-726 designating May 15 as Peace Officers' Memorial Day, and the week in which May 15 falls as National Police Week. The law was amended by the Violent Crime Control and Law Enforcement Act of 1994, Public Law 103-322, signed by President Bill Clinton, directing that the flag of the United States be displayed at half-staff on all government buildings on May 15 each year. While the actual dates change from year to year, National Police Week is always the calendar week, beginning on Sunday, which includes May 15.

Second Day of the National Police Survivors’ Conference hosted by C.O.P.S.
C.O.P.S. Picnic on the Patio